59-year-old Rene Elene Griffin Nunn, a registered nurse for Adventist Medical Center in Portland, is being charged with conspiracy to possess with intent to distribute controlled substances.

The indictment alleges she was found driving from Vancouver to Portland with about 93 grams of heroin in her purse. She’s also accused of conspiring with others to sell methamphetamine and heroin.

Nunn, appeared in U.S. District Court Thursday afternoon, and entered a not guilty plea to a one count indictment charging her with conspiracy. 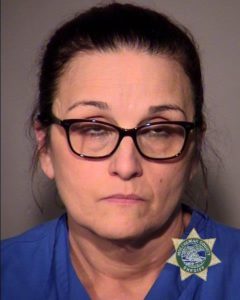