Recently released images appear to show a UFO hovering near an American Naval base. The images show a saucer-like craft in close proximity to a military helicopter.

A man known by the name of ‘Keith Bradshaw’, has released pictures he took near the Naval Air Weapons Station China Lake in 2007. He says he has been too nervous to bring attention to the photos until recently but says he is doin so in hopes that he can dicover the truth about extra terrestrials.

Bradshaw was tipped off by a friend that works at the naval base who told him about the unusual craft. He apparently snuck out to the perimeter of the base to observe and take pictures where he says he stayed for 10 minutes. He said before seeing the ufo, he saw a helicopter approach as well as several military vehicles. 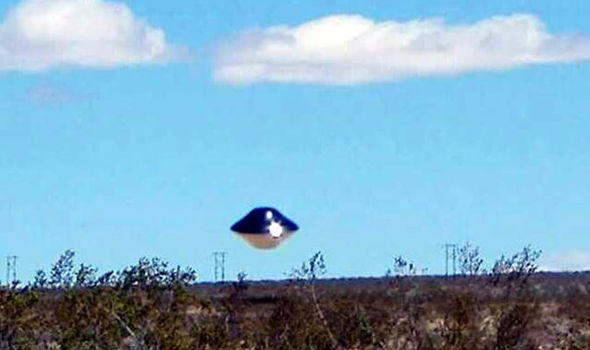 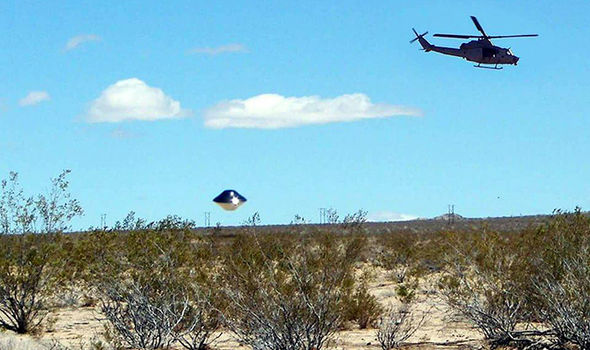 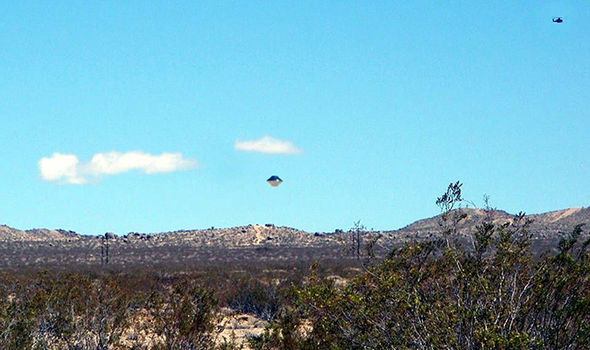 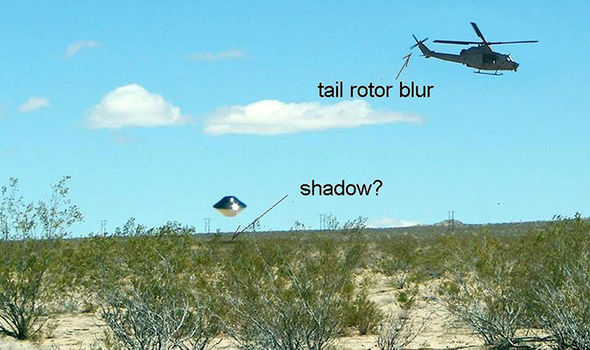 He said: “This thing would wobble along close to the ground, very unstable. Then it would freeze in position, go up to a certain height and sit there for a few minutes perfectly still. It made no noise that I could hear. I don’t believe anyone could have been riding on the inside, but I got the idea the helicopter was somehow remotely controlling it. It looked like whoever was controlling it was having fun with it, sometimes because they would do little tricks with it.”

UFO experts are divided over their authenticity. Jason Gleaves, an ex-RAF and BAE Airbus division employee based in the UK, said he believes they could be genuine but said “With technology of today and software, you can’t be 100 percent sure of image authenticity, no matter how good it looks.”

Tobias Lingren of Sweden’s Aviation Authority said “I’m not sure the military is so stupid to fly in an open space a ‘flying saucer’ if they want to keep it secret but I still have no idea what the object could be.”