The stories behind these cults’ origins, leaders and demises are riveting – and often disturbing. 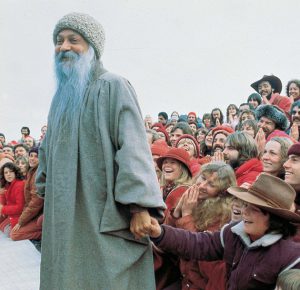 Indian mystic Bhagwan Shree Rajneesh attracted followers by the thousands in the 1970s. He preached a “religious-less religion” that embraced sexual liberation.

The Netflix documentary “Wild Wild Country” showed followers wearing only red and worshipping the mysteriously wealthy leader, even when he stopped speaking for a prolonged period.

In the early 1980s, Rajneesh was having trouble with the Indian government and sent his followers to buy a ranch in Wasco County, Oregon, which they converted into a compound (seen here).

The community attracted American and international followers, some of whom left families and high-paying jobs to meditate at the feet of Rajneesh.

Wasco residents were frustrated by the cult members, known as Rajneeshees, to begin with, but tensions rose when the Rajneeshees attempted to take over the government of the nearby town of Antelope.

The cult collapsed after authorities deported Rajneesh and convicted some of his staff, including secretary Ma Anand Sheela (seen here), of orchestrating a food-poisoning scheme against locals. No one was killed, but at least 700 people were poisoned in an effort to influence a local election.

Sheela fled to Switzerland, where she served time for her crimes, and later opened nursing homes. in interviews she granted for “Wild Wild Country,” she largely spoke kindly of Rajneesh, who died in 1990.

The movement still has followers in India, the United States, the United Kingdom, Germany, Italy and the Netherlands. 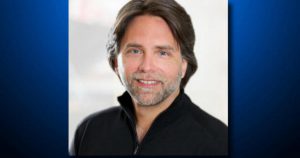 NXIVM founder Keith Raniere is accused of running an abusive sex cult through his Albany seminar company. He has denied the charges, but a judge ordered him held without bail……Click Here To Continue