A program of experiments on human subjects that were designed and undertaken by the United States Central Intelligence Agency—and which were, at times, illegal.

The experiments were intended to identify and develop drugs and procedures to be used in interrogations in order to weaken the individual and force confessions through mind control.

1955 MKUltra document describes the study of mind-altering substances as follows:

In 1973, CIA Director Richard Helms ordered all MKUltra files destroyed, but about 20,000 documents survived. They had been stored incorrectly in a financial records building and were discovered following a FOIA request in 1977

On the Senate floor in 1977, Senator Ted Kennedy said:

The Deputy Director of the CIA revealed that over thirty universities and institutions were involved in an “extensive testing and experimentation” program which included covert drug tests on unwitting citizens “at all social levels, high and low, native Americans and foreign.” Several of these tests involved the administration of LSD to “unwitting subjects in social situations.

The CIA funded studies at Columbia University, Stanford University and other colleges for experiments with LSD, MDMA, mescaline, heroin, barbiturates, methamphetamine and psilocybin.

A CIA agent named George White wrote in 1971: “Of course I was a very minor missionary, actually a heretic, but I toiled wholeheartedly in the vineyards because it was fun, fun, fun. Where else could a red-blooded American boy lie, kill and cheat, steal, deceive, rape and pillage with the sanction and blessing of the All-Highest?”

Frank Olson was a scientist who worked for the CIA. In 1953, he was secretly dosed with LSD at a secret meeting and only days later, fell to his death from a hotel window. The death was ruled a suicide.

An autopsy in 1994 revealed that injuries on the body that had likely occurred before the fall. 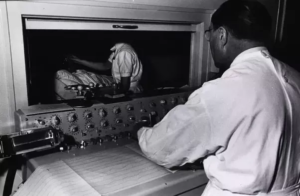 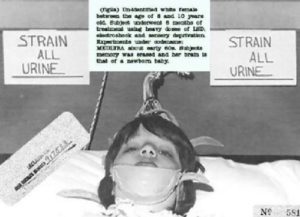