MEXICO CITY  — The governor of Mexico’s southern state of Oaxaca has condemned the slaying of a local mayor shortly after he took office.

Gov. Alejandro Murat confirmed the killing of Tlaxiaco Mayor Alejandro Aparicio Santiago via his Twitter account Tuesday. He has promised a thorough investigation and said a suspect was already in custody.

The state prosecutor’s office said in a statement that Aparicio had just been sworn in and was headed to a meeting at city hall when an unknown number of gunmen opened fire at him. He was taken to a hospital, but died later.

Four other people were injured in the attack. 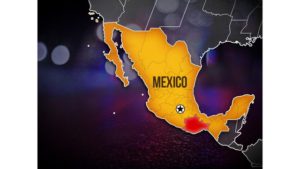