When Earthly astronomers train their telescopes on exoplanets beyond our solar system, they’re lucky to see even a single dot of light. How can they figure out whether it might have suitable conditions for life? To find out how they might know more, a team of scientists turned the problem on its head: They took images of a habitable planet—Earth—and transformed them into something alien astronomers light-years away would see.

The team started with about 10,000 images of our planet taken by NASA’s Deep Space Climate Observatory (DSCOVR) satellite, which sits at a gravitational balance point between Earth and the sun, allowing it to see only the daytime side of the planet. The images were taken at 10 specific wavelengths every 1 to 2 hours during 2016 and 2017. 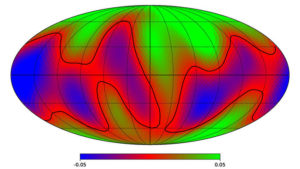