Allegedly, a businessman with a long criminal history in Florida sent pipe bombs to prominent critics of President Donald Trump. 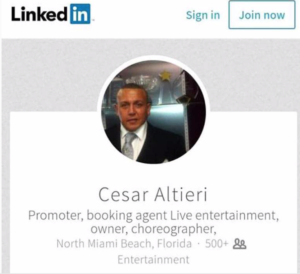 First look at bombing suspect Cesar Sayoc as he was escorted out of FBI headquarters in Miramar just minutes ago. https://t.co/J6ebRGkR47 pic.twitter.com/7NSkw3X1WT

Cesar Sayoc – the alleged mail bomber – had Trump stickers all over his vehicle. But on Twitter, he only follows 32 people – many of whom are left-wingers like Lina Dunham, Barack Obama and Jimmy Kimmel.

Well, well, well… the Soros bots who demand we “DON’ T BLAME ALL MUSLIMS/ISLAM” for terror attacks are now trying to foist responsibility for (unexploding) pipe bombs on the “US right” and Trump… ? https://t.co/VpQAsPERrj

More Context: CNN's Oliver Darcy is really good at tracking conspiracy theories because he has a history of promoting them as he once questioned whether a bomb threat at Obama's White House was fake: https://t.co/Yi4ZDHMdvkhttps://t.co/z0WueLNydK pic.twitter.com/jFXOPOddVl

Reports may show that #CesarSayoc is a registered Republican, but documentation shows that he hasn’t always been.

He changed his registration in 2016.

He was once a Democrat.

The media won’t tell you that.

He could very well still have Democrat values but like Trump. https://t.co/j23vBlJdNs