DOYLESTOWN, PA. — A woman who plotted the rape, torture and murder of her own teenage daughter pleaded guilty on Friday and was sentenced to life in prison for a crime so barbaric that prosecutors and the judge strained for superlatives to describe it.

One day after her co-conspirator boyfriend was sentenced to death, Sara Packer, 44, appeared in a suburban Philadelphia courthouse and pleaded guilty to first-degree murder, kidnapping, abuse of a corpse and 16 other offenses in the 2016 slaying of 14-year-old Grace Packer.

“Evil attracts evil. Evil recognizes evil. And in Jacob Sullivan, you found one of your own,” Bucks County Judge Diane Gibbons, her voice dripping with contempt, told Packer in sentencing her to the maximum term.

“You like rape. You like murder. That’s a fact,” said Gibbons, decrying the “rot” and “warped depravity” on display in the case. 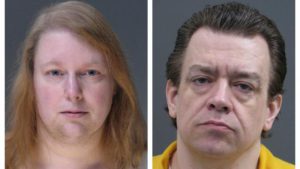