Spanish and Mexican police have issued a warning about a creepy WhatsApp game linked to the suicide of a girl in Argentina. But what is the ‘Momo’ game?

Based on the image of a ‘bird-woman’ sculpture from Japan, the viral game’s demon Momo character has become something of an urban legend online. With large popping eyeballs, dishevelled hair and an eerie smile, the Momo meme resembles the nightmarish spirit from the horror movie ‘The Ring’, in which a group of teens are terrorized by a ghoul who crawls out of a VHS tape. 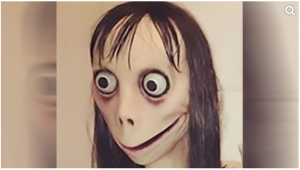 Compare prices on long haul flights and save money