Bigfoot is back is once again out and about and being spotted by unsuspecting Northern California locals.

Jeffrey Gonzalez, who claims to be a paranormal expert, said that a farmer at a nearby ranch told him about a recent bigfoot sighting. The farmer that owns a ranch near Avocado Lake said that he spotted the creature with others running near the lake. A Fox News affiliate obtained comments from Gonzalez where he said “One of them, which was extremely tall, had a pig over its shoulder, and the five scattered and the one with the pig was running so fast it didn’t see an irrigation pipe and it tripped, with the pig flying over.” 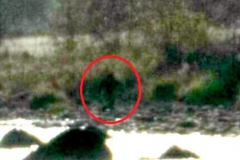 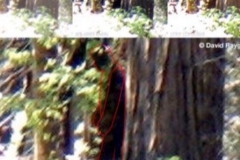 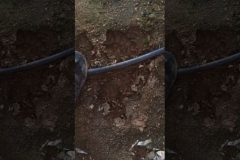 Gonzalez said there had been other reports of bigfoot sightings over the last five years, all of them in East Fresno County. He said that three different families had reported near identical stories of creatures in or around a nearby orchard. “What are the odds of three people, three different families, who don’t know each other, within a radius of 2 to 3 miles, come and tell me what they witness, and it matches up,” Gonzalez said.