An Australian man got a shock as he stepped out onto his deck to call his dog in. The man, who wishes to remain anonymous, says that as he stepped outside to call his dog in, he noticed strange lights in the sky. The man, whose property is surrounded by dense bush and forest near the Watagan Mountains, was able to capture the sighting on video. It has brought in to question whether the craft were UFO’s or simply military aircraft. 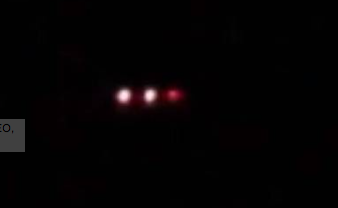 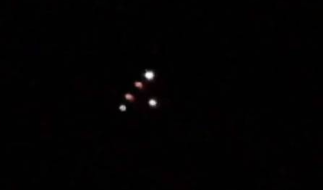 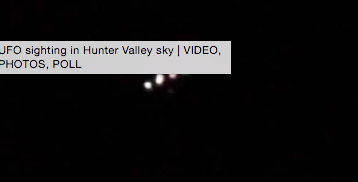 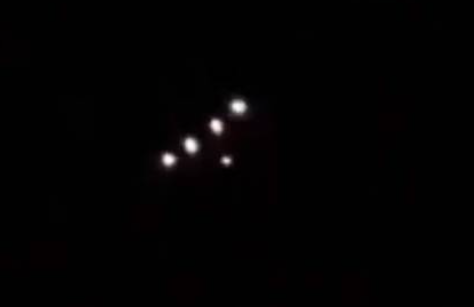 When asked about the sighting the man said “Looking to the north, I noticed three flashing lights coming towards me, “All of a sudden one went to the left, the other to the right, and the third one kept coming our way. “Before we knew it, there would have been 40 to 50 of them, flying towards us. They were spread apart. I noticed most of them did a U-turn and went back again.” “I thought ‘this is strange, am I in a movie, like one of those attacks from Mars. “There were so many out there, it was such a spectacle. It was overwhelming. My heart was pumping really fast.”“There was no sound whatsoever. Normally when an aeroplane or helicopter goes by, we can hear it – even in the house, “These were quiet.” He also added that “Their movements were quite erratic in that they moved towards us and then fairly quickly turned around and went back.”

The Singleton Military Area is located to the north of the man’s property but a spokesman for the Department of Defense stated that they“didn’t have anything going on which they think could have been responsible”.

The craft were said to appear at about 8pm in the evening. The man said “Most had three or four flashing lights on them, some went back and a few more came out and towards us”. “At the very end, there was only one or two I could see doing this strange kind of loop”.

The man’s wife thought she was seeing UFO’s, but he wasn’t so sure. ” I don’t really believe in UFOs” he said. “I’m curious because it’s an odd thing and I don’t have an explanation”. “I’m one of those people that likes to have an answer to these things. Maybe somebody else saw it. If a number of people saw it, there could be different perspectives on it.”